Waiting Around in Cabo San Lucas

Stuck in Paradise? Well kinda, this isn't exactly our definition of paradise. Cabo Pulmo however is!

What's going on right now with us?  Not much.  Just waiting around for the doggies to complete their training. Which means we go to them 2x per day to work with them for an hour or so.  Not anything super exciting.

In the meantime.  Some photos of recent moments we captured.

Paul got this pano from the mountain top near the dog training center where our perros are currently in school! It's a great view of the marina and the bay. Sea lions at the marina are a common occurrence. They are typically waiting for the fishing boats to come in here at the boat launch. Thys likes to scare them...which causes them to bark loudly at him! It's very funny! Ice cream at the marina. A large stingray we spotted at the marina one day. Some local guys were surprised and said they hadn't seen on this big in the marina ever before. Horchata popsicles! Horchata is a common here. A sweetened rice drink with cinnamon added. YUM! Just as tasty as our popsicles in Thailand that had black beans, green beans and corn in them! Zan has outgrown daily afternoon naps but every once in awhile we will find him cashed out somewhere when he apparently needed some extra rest. This specific day, Paul said, "He was playing with a little car under there and then I noticed he had been really still for quite a while." :) 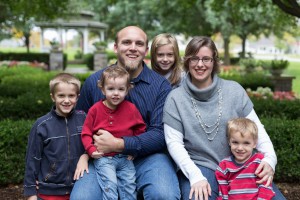